From our friends at Brainline.org and the Ohio Valley Center for Brain Injury Prevention and Rehabilitation, an important article of the intertwining of drug/alcohol abuse and brain injuries: 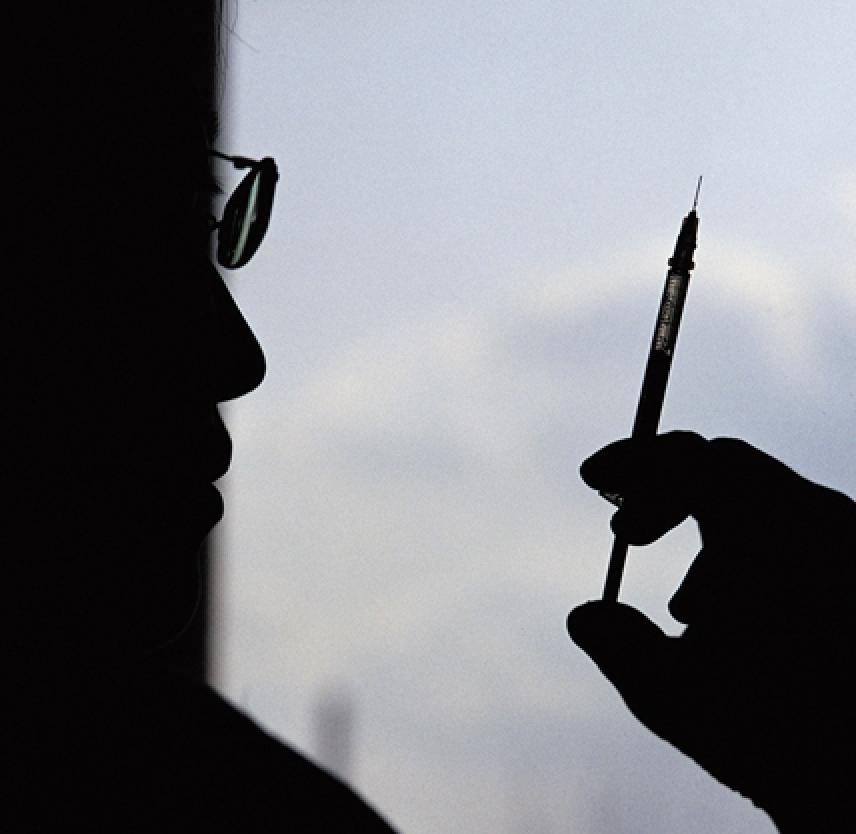 Who Is at Risk for Developing a Substance Abuse Problem After TBI?

A few studies of persons with traumatic brain injury have found that alcohol use gets worse in the period 2 to 5 years after the injury and that unless something is preventing them, many resume their prior levels of alcohol and other drug use (Corrigan, Rust et al., 1995; Kreutzer, Witol et al., 1996; Kreutzer, Witol et al., 1996; Corrigan, Smith-Knapp et al., 1998). Situations that limit resuming use include having to live in an institutional setting where alcohol and other drugs may be less available, or living under closer supervision of family members who help the individual consume less. Of course, use may reduce or stop if the individual is provided information about the effects of alcohol and other drugs after traumatic brain injury or, for people with actual substance abuse problems, being provided treatment.

In addition to the large number of individuals who had a substance use disorder before their injury and return to those levels after, some studies have indicated that between 10% and 20% of persons with traumatic brain injury develop a substance use problem for the first time after their injury (Corrigan et al., 1995; Kreutzer et al., 1996). Thus, taken together, it is a very high proportion of individuals who have been hospitalized for traumatic brain injury who will be at risk for developing a problem after their injury — either because they had one before or because of the vulnerabilities created by the injury itself.

How many people who have traumatic brain injuries are intoxicated at the time of injury?

At least 20% of adolescents and adults who are hospitalized and at least 30% of those requiring rehabilitation are intoxicated at the time of their injury. It is not surprising that there is a significant link between being intoxicated and incurring a serious injury. Whether because of diminished motor control, blurred vision, poor decision making or greater vulnerability to being victimized, a number of persons incur a traumatic brain injury while they are intoxicated. There is a lot of information available about how susceptible to injury people are when they have blood alcohol levels that exceed the legal limit. There is every indication that other drugs also put people at risk for injury. Three studies that have provided estimates of the number of people intoxicated at the time of their injury are shown below:

In persons treated in rehabilitation:

How common is a history of substance abuse before the injury?

Corrigan (1995) reviewed published literature on persons with TBI who were intoxicated at time of injury and those who had a prior history of substance use disorders, whether or not they were intoxicated. Based on articles reporting these variables, having a prior history of substance abuse was more common than being intoxicated at the time of injury. Additionally, clinicians and researchers who used screening tools during the hospital stays found significantly higher rates than those who relied on later medical record review. This result suggests that more people will be identified if a systematic method of inquiring is used; rather than counting on patients to volunteer information or relying on reports of intoxication at injury.

Since that review, there are several additional sources of data on the frequency of prior substance use disorders in adolescents and adults treated in acute rehabilitation. Results from the following articles are graphed below:

For adolescents and adults who require inpatient rehabilitation–as many as 60% may have a prior history of substance use disorder.

How common is TBI among persons receiving substance abuse treatment?

While there has not been a definitive, population-based study of how many individuals receiving treatment for substance abuse problems have incurred traumatic brain injuries, a collection of studies in the last 20 years suggests that it may be as high as 50%. The studies are summarized below and their results are graphed in the accompanying figure. The lowest rate observed was 38% of persons in treatment, the highest was 63%. Visual inspection of the graph supports an estimate of 50%, if not more.

Articles included in graph (below)

How does substance abuse affect a person who has had a traumatic brain injury?

There are multiple reasons why alcohol and other drug use after traumatic brain injury is not recommended. The substance abuse education series “User’s Manual for Faster, More Reliable Operation of a Brain after Injury” (Ohio Valley Center, 1994) enumerates eight reasons:

How is the brain affected?

There is mounting evidence about the adverse effects of alcohol and other drug use after traumatic brain injury. Several studies have observed an association between use and such unwanted outcomes as unemployment, living alone and feeling isolated, criminal activity and lower life satisfaction (Sherer et al., 1999; Corrigan et al., 1997; Kreutzer et al., 1996; Kreutzer et al., 1991; Corrigan et al., 2003). While these studies have observed associations, the causal links or processes have not been fully explained.

There are also studies suggesting an “additive effect” on brain structure and function for substance abuse and traumatic brain injury (Barker et al., 1999; Baguley et al., 1997; Bigler et al., 1996). One example is the study by Ian Baguley and colleagues from Australia (see graph below). Their 1997 study of event-related evoked potentials (an indication of how fast the brain detects new stimuli) showed a clear additive effect of heavy social drinking and traumatic brain injury requiring hospitalization. Those subjects who had either of these conditions were slower responding then people with neither; and those with both were slower still.

Are there treatment approaches that have been proven effective for people with traumatic brain injury?

Clinicians and researchers have repeatedly observed that cognitive and emotional impairments caused by brain injury present unique problems when addressing co-existing substance use disorders (Langley, 1991; Center for Substance Abuse Treatment, 1998; Corrigan, Bogner et al., 1999). While several models of how substance abuse treatment can be adapted to traumatic brain injury rehabilitation were proposed in the past (Blackerby & Baumgartnen, 1990; Langley, 1991), most presumed protracted inpatient or residential treatment that is no longer available to most persons with traumatic brain injury. Bombardier and colleagues have recommended brief interventions based on motivational interviewing techniques for use during acute rehabilitation (Bombardier, Ehde & Kilmer, 1997; Bombardier & Rimmele. 1999). Cox, Heinemann, et al. (2003) found some support for Structured Motivational Counseling in a study using a non-random comparison group.

A community-based model for treatment of substance abuse and traumatic brain injury was proposed by Corrigan and colleagues (Corrigan, Lamb-Hart & Rust, 1995; Bogner, Corrigan, Spafford & Lamb-Hart, 1997; Heinemann, Corrigan & Moore, 2004). The model uses consumer and professional education, intensive case management, and inter-professional consultation to address substance use disorders in adults with traumatic brain injury. Program evaluation data suggest significant differences in outcomes depending on whether discharge occurred before an eligible client could be engaged in treatment (eligible but untreated), after initiation of treatment but before treatment goals were met (premature termination) or upon mutual agreement with staff that goals had been met (treated). The Network’s three programmatic outcomes (abstinence, return to work or school, and subjective well-being) assessed three months post-discharge are shown below. The median length of stay for those discharged successfully is 2 years. As might be expected, drop-out is a significant problem in this model. Retrospective analysis of 1,000 consecutive referrals indicated that 66% of those eligible for treatment either are not engaged initially or drop out prematurely.

How can existing substance abuse services be adapted for people with traumatic brain injury?

There should be a very high priority placed on doing research about the effectiveness of current substance abuse treatments for persons with traumatic brain injury. However, until more is known, current treatments and services need to be adapted to accommodate disability arising from traumatic brain injury. The Ohio Valley Center for Brain Injury Prevention and Rehabilitation have made a number of suggestions for substance abuse treatment providers., shown below.

The substance abuse provider should determine a person’s unique communication and learning styles.

The substance abuse provider should assist the individual to compensate for a unique learning style.

The substance abuse provider should be cautious when making inferences about motivation based on observed behaviors.

Cahalan, D., & Cisin, I. H. (1968). American drinking practices: Summary of findings from a national probability sample: I. Extent of drinking by population subgroup. Quarterly Journal of Studies on Alcohol, 29, 130-151.

Kaplan, C.P., and Corrigan, J.D. (1994). The relationship between cognition and functional independence in adults with traumatic brain injury. Archives of Physical Medicine and Rehabilitation, 75, 643-647

From the Ohio Valley Center for Brain Injury Prevention and Rehabilitation. Reprinted with permission. www.ohiovalley.org.

My case manager made all the difference in the world. She was no-nonsense and would make me redo my work. She was also very kind and loving.”

After teaching high school English for 34 years, Ken retired in 2003. A social drinker before retirement, he began drinking heavily to deal with his feelings of boredom and isolation after retiring.